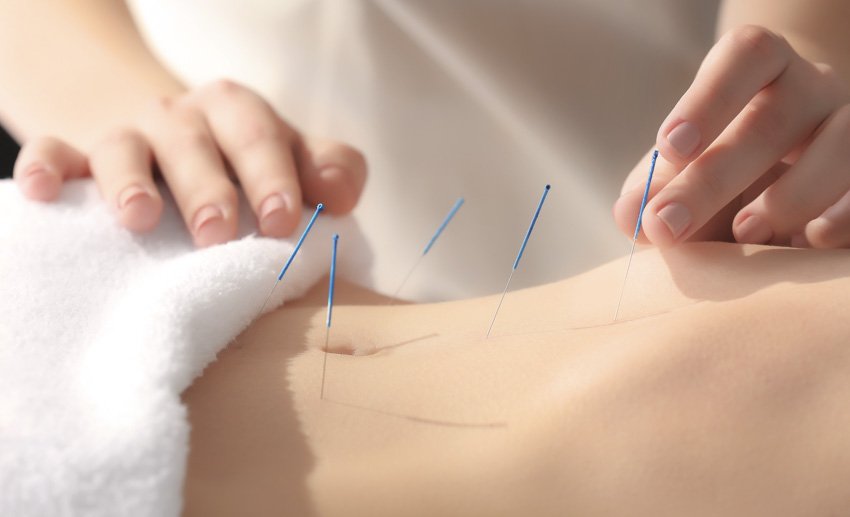 Ovulatory dysfunction accounts for approximately 25–30% of female infertility. The root of ovulatory dysfunction is related to disorders of the hypothalamic–pituitary–gonadal axis (HPG axis) because it is closely related to the uterine and ovarian roles in menstruation cycles. The hypothalamus secretes gonadotropin-releasing hormone (GnRH). GnRH stimulates the anterior pituitary to produce two important hormones essential for folliculogenesis and ovulation: luteinizing hormone (LH) and follicle-stimulating hormone (FSH). As a result, dysfunction of the HPG axis may lead to problems in proper follicle development, maturation, and rupture.

Treatment for this type of infertility includes ovulation inducing drugs, surgical intervention, and assisted reproductive technology (ART) including artificial insemination, in-vitro fertilization, etc. Clomifene is often a prescribed drug for ovulation induction, and while it has a high efficacy rate, it also has common adverse effects. It may deleteriously affect cervical mucus or decrease the amount produced. Vaginal dryness due to thicker cervical mucus is a common adverse effect, which impedes sperm transport and is ultimately counterproductive to the drug’s other properties that promote fertility. Anti-estrogenic actions of clomifene reduce uterine vascularization, eventually lowering endometrial receptivity. Therefore, though clomifene helps patients to ovulate, it may not be entirely conducive to the goal of conceiving. It is therefore beneficial to use other treatments with fertility boosting value to complement clomifene ovulation induction.

Hyperprolactinemia (HPL) is characterized by elevated serum prolactin. The occurrence of HPL in females with reproductive disorders falls between 9% and 17%. Infertility from HPL arises from the inhibitory effect of prolactin on GnRH secretion. Some HPL patients, despite having elevated serum prolactin, do not show signs of pituitary or central nervous system diseases, nor any other identifiable causes of increased prolactin secretion. In these cases, we term this condition idiopathic hyperprolactinemia (IH).

Bromocriptine is a medication option for IH treatment because it normalizes serum prolactin levels. However, the drug comes with a downside. According to research, approximately 12% of IH patients choose to discontinue bromocriptine intake due to adverse effects such as dizziness, nausea, hallucinations, and uncontrollable movements. It is important for treatments to be tolerable. An effective treatment cannot realize its full potential if patients are unable to comply with treatment regimens. The research reveals that acupuncture is well-suited as a complementary therapy to prevent or attenuate bromocriptine adverse effects.

According to Traditional Chinese Medicine (TCM) principles, hyperprolactinemia is a condition arising from spleen and kidney deficiency, liver qi stagnation, excess dampness, and imbalances in the Chong and Ren channels. Acupoints Qihai (CV6), Guanyuan (CV4), and Zusanli (ST36) are included in primary acupuncture point protocols because they are useful for nourishing the female reproductive system and correcting the aforementioned constitutional imbalances. Qihai and Guanyuan are particularly useful for correcting Ren channel related deficiencies and Zusanli is administered to tonify qi and promote blood circulation. Together, these acupuncture points fortify yuan qi.

Two indicators were used to evaluate clinical efficacy: hormone levels and endometrial thickness. Before and after treatment, 3 mL of peripheral blood was taken from each patient. Estrogen (E2), FSH, and LH levels were measured via enzyme-linked immunosorbent assay (ELISA). Sonography was used to measure endometrial thickness. In addition to ELISA and sonography, the overall treatment efficacy was also surveyed. With reference to “Guidelines for the Clinical Study of New Drugs of Traditional Chinese Medicine,” the treatment efficacy for each patient was categorized into 1 of 3 tiers:

The post-treatment levels for clomifene plus acupuncture were all markedly higher than that of standalone clomifene. The difference in post-treatment results indicates that acupuncture promotes the production of E2, FSH, and LH, making the uterine environment more conducive for healthy folliculogenesis and ovulation.

The study was set up as a comparative clinical trial as described henceforth. A total of 76 patients with ovulatory dysfunction infertility participated in the study. They were diagnosed between September 2014 and September 2016. The following selection criteria were applied in choosing trial participants:

The following exclusion criteria were applied:

Stainless steel filiform acupuncture needles were used to administer acupuncture. For abdominal acupoints, the needles were diagonally inserted facing downwards. After achieving deqi, needles were retained for 30 minutes. Moxibustion was applied to Shenque (CV8) and Sanyinjiao (SP6). Treatment commenced from the 5th day of menstruation, at a rate of once per day. For drug treatment, clomifene was orally administered starting from the 5th day of menstruation. The prescribed dosage was 50 mg each time, once per day, for 5 consecutive days. The addition of acupuncture to clomiphene treatments increased the total effective rate by 23.69%.

Ovulation and conception rates were used to evaluate clinical efficacy. The rates represented the percentage of patients in each group that successfully achieved ovulation and conception. Ovulation was monitored by ultrasonography. Starting from the 9th day of menstruation, ovarian development was observed via ultrasound and LH tests. Ovulation was confirmed upon detection of ≥18 mm follicles, follicle rupture, and a ≥20 mIU/mL increase in LH levels. The definitive standards for conception were:

The study was set up as a comparative clinical trial as detailed hereafter. A total of 138 patients from the infertility division of Henan Zhengzhou Huashan Hospital, diagnosed with ovulatory dysfunction infertility, participated in the study. The diagnostic criteria for patients were in accordance with “TCM New Medicine Clinical Research Guidelines: 1st Edition” and “Integrative Medicine Diagnosis and Treatment Guidelines for Endometriosis, Gestational Hypertension and Female Infertility,” listed below:

Both groups received ovulation induction treatment with the pharmaceutical drugs clomifene, menotropins, and hCG (human chorionic gonadotropin). In addition, the treatment group received acupuncture. Both groups received treatment for 3–5 months. All patients were monitored by ultrasound and were advised to have intercourse during ovulation. The following primary acupoints were used:

Conventional acupuncture was applied to Zhongji, Guanyuan, Zusanli, and Neiguan. Electroacupuncture was administered to Zigong and Sanyinjiao. Both acupoints were stimulated until deqi was achieved. Next, the electroacupuncture device was connected to the needles and set to a low continuous frequency (2 Hz) for 30 – 45 minutes. Shenque (CV8) was treated with indirect moxibustion. A lit moxa cigar was inserted, lit side down, into a moxa box. After ensuring that the temperature was warm but not too hot, the moxa box was placed over Shenque and left for 30 – 45 minutes. One treatment cycle was administered per menstrual cycle. A treatment cycle started on the 9th day of menstruation and was comprised of 7 – 10 consecutive treatment days, one session per day.

Mawangdui Hospital
The third study was conducted by Hu et al. from Mawangdui Hospital of Hunan. The research finds that adding acupuncture reduces infertility drug adverse effects and improves hormone level regulation in women with idiopathic hyperprolactinemia (IH) infertility. Patients receiving only bromocriptine were compared with patients receiving both bromocriptine and acupuncture in this 1-year clinical trial. The results highlighted the importance of acupuncture in supporting bromocriptine treatment by reducing adverse effects and balancing hormones.

Referring to the guidelines by the Obstetrics and Gynecology Committee of the World Federation of Chinese Medicine Societies, the study evaluated treatment efficacy by considering hormone normalization time, adverse effects, and conception rates. Before and throughout treatment, hormone levels of prolactin, E2, progesterone (P4), and FSH were measured. The time taken for hormone levels to adjust to normal levels was recorded. The number of patients that did or did not experience adverse effects was also recorded. Finally, the conception rate was recorded. The conception rate for each group was defined as the percentage of patients that successfully conceived within 6 months after the start of treatment.

The study was designed as a comparative clinical trial as detailed hereafter. A total of 60 IH patients from the gynecological division of Mawangdui Hospital (Hunan) participated in the trial. All 60 patients were recorded in the final results since none were disqualified for failure to complete treatment, failure to follow treatment protocols, adverse effects, or severe complications. The diagnostic criteria for patients were in accordance with the 7th edition of “Gynecology,” by People Health Publishing House and “TCM Gynecology,” listed below:

Hwato brand 0.30 x 40 mm acupuncture needles were used. Qihai, Guanyuan, Taixi, and Zusanli were applied with reinforcing needle manipulation techniques. Taichong and Ligou were applied with attenuating techniques. Needles were retained for 30 minutes. One treatment cycle was conducted per one menstrual cycle. A treatment cycle started on the 8th day of menstruation and was comprised of 10 consecutive treatment days, one session per day.
​
For drug treatment, bromocriptine was administered. Patients were initially prescribed 1.25 mg each time, twice per day, after meals. After the first 7 days, the prescribed dosage was increased to 2.5 mg each time, twice per day, after meals. BBT (basal body temperature) was monitored throughout treatment. If there was no bidirectional trend in BBT after 3 months of treatment, clomifene was prescribed, in ovulation induction dosages. The data indicates that acupuncture reduces infertility drug adverse effect rates and improves hormone level regulation in women with idiopathic hyperprolactinemia (IH) related infertility.

Summary
Acupuncture is a proven complementary therapy for women receiving drug therapy for the treatment of infertility. Acupuncture increases positive patient outcome rates and reduces the adverse effects caused by medications. Patients interested in learning more about acupuncture and herbal medicine for the treatment of infertility are advised to consult with local licensed acupuncturists.

Here at our acupuncture clinic in Dublin 12, we treat patients for fertility issues.

The acuzone.com acupuncture clinic serves the following areas in Dublin: