Cillian Murphy and 50 Shades of Grey

Cillian Murphy and 50 Shades of Grey

I was sitting back enjoying the sun here in Dublin on this lovely June day and thinking of the topic I’d write on today. I decided to take and break and chanced upon this article. Since my readership is mainly women I thought it was worth sharing this article with you.

I haven’t read the book – ‘50 Shades of Grey’ yet. From what I hear and according to the book charts, I seem to be one of the minority.

Anyway, here’s the wording of the article and here’s a picture of the lovely Cillian Murphy for good measure: 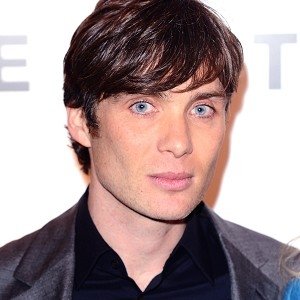 It’s been the publishing sensation of the year in terms of both print and digital.

‘Fifty Shades of Grey’ has sold 1 million copies in 11 weeks, beating ‘The Da Vinci Code’ and also became the first book to sell a million copies on the Kindle. Now fans are now excited to see who will be cast in the role of Christian Grey and his lover Ana, in the film version of the book.

“I haven’t read the book,” the 36-year-old told the ‘Wall Street Journal’. “I know everyone’s talking about it. The thing is, it’s kind of random how you get jobs, you know?’

Ryan Gosling and Robert Pattinson are two other names being suggested for the role but it’s been widely contented that Cillian, who starred in ‘Inception’ would be ideal for the role.

Author Brett Easton Ellis, who has expressed an interest in writing the script for the film, has said that ‘True Blood’ star Alexander Skarsgard and ‘Kick-Ass’ actor Aaron Johnson would be perfect to play Grey.

The film rights for ‘Fifty Shades of Grey’ were snapped up by Universal Pictures and Focus features and Cillian said that if there’s a script and a director attached to the project, then he’ll read the script.

The actor says he has “no strategy, no plan” in relation to this kind of thing. “You just read the script. If you like it, you like it,” he said.
Read more: http://www.independent.ie/lifestyle/independent-woman/celebrity-news-gossip/fans-hopes-that-cillian-murphy-plays-title-role-in-fifty-shades-of-grey-movie-3153173.html#ixzz1z72xdVwW

I hope you enjoyed this article.