This week I’m going to write on an acupuncture topic –

How insomnia can be helped with Acupuncture

Many people have mentioned this article to me. I did not see the printed version but I searched the internet for it and decided to put it into my blog.

For 40 years I’ve survived on three hours’ sleep a night’: Toyah Willcox on her battle with insomnia

Born with a twisted spine, a clubbed right foot and one leg shorter than the other, singer and actress Toyah Willcox has also suffered from chronic insomnia for 40 years.

Now the 54-year-old, who lives with her husband, musician Robert Fripp, 66, has finally found relief through having acupuncture. 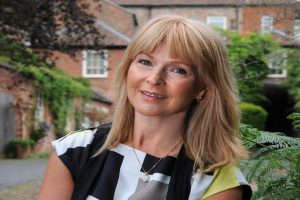 I’ve suffered from ­chronic insomnia for 40 years. It started when I was a 14-year-old ­dyslexic schoolgirl revising for my exams in ­Birmingham.

I experienced the typical ­teenage stress that the pressure of cramming for exams, and then sitting there for hours on end doing them brings.

During what felt like a solid month of exam papers, I just stopped sleeping.

Once the pattern set in, it became a habit and I never really addressed it because back then no one really talked about insomnia. You’d just had a bad night’s sleep.

My insomnia progressed and soon the hours I slept each night had whittled down from five to three.

I hit this pattern where I’d only reach deep sleep between about 8-10am and I still have that routine today.

From drama school to being in my punk band, it was actually helpful not to sleep very much. I was on stage at night and then in the mornings up rehearsing.

The light in summer meant my brain activity naturally increased. I’d be up at 4am and completely revved until 10pm because there was daylight, while winter has never suited me.

Over the decades, I just learned to deal with the lack of sleep.

Other than this, I’ve always led a healthy lifestyle. I don’t smoke or drink, I’ve never been a massive party animal and I eat a diet restricted to 1,500 calories a day.

But ­obviously it’s not been easy, especially for my husband Robert, who likes to sleep for 12 hours a night.

He says it’s like getting a four-year-old to go to bed and I do actually mentally loathe the thought of falling asleep.

Robert and I watch DVDs, he tickles my feet, and then eventually at midnight he says, ‘Look, I’ve got to go to bed’.

So I normally just lie there until 2am. Doctors have told me that I need to ­physically lie there motionless in the dark to give my joints a rest and let my brain shut down.

If I’m learning lines, I’ll run through them in my head. If I’m writing a project, I’ll just be ­formulating ideas.

Once I’ve done that, I’m up. I’ll go on the internet, send emails and generally be active.

I probably learnt to make it a benefit, but now I’m 54 I ­really want my life to be a little bit more relaxed.

I took temazepam to help me sleep, but I will never touch that again as it totally zonks you out and is really addictive.

It made me grumpy when I tried to wake up and eventually I just thought, ‘What’s the point?’ So I devised a way of making my insomnia work for me.I’d successfully tried acupuncture for muscular pain in my joints 20 years ago but I never thought it could help me with my insomnia until a friend recently suggested it.

I had my first treatment last June. Initially you have a meeting with the practitioner to talk about the things you feel are having a detrimental effect on your health and they design your ­treatment around that.

The needles are inserted into specific areas that allow all your energies to connect up.It’s vital for those energies to be connected so that the body can work and heal itself to its optimum potential.I have about 10 fine ­needles inserted and you don’t feel them go in. You just feel a tap.The idea is your blood becomes more oxygenated, which helps your body heal so your body can work well with your mind.It’s thousands of years old and very well practised. ­Doctors today recommend it for chronic back pain and joint pain to be used hand in hand with Western medicine.

Afterwards, I was immediately sleeping six or seven hours a night. I had less joint pain, my skin looked great and I was so much brighter and full of energy.I just thought, ‘Wow, that can only be down to acupuncture and the fact that I’m sleeping properly’.Initially I had six weeks of treatment before I moved to having it once a month for a top-up. Since then I’ve had it about every three months. Over Christmas, with 97 panto shows in seven weeks, I wasn’t able to have ­acupuncture, so found myself not­sleeping again.I’d have a 20-minute catnap in the ­afternoon between each show, but since I’ve restarted the treatment, the benefits have ­returned once more.

I was born with shallow hip sockets and suffered a hairline fracture four years ago after a fall and had some brutal surgery to replace the hip.But all the pain in the operating theatre and the six weeks I spent recovering on crutches were worth it as I’m totally mobile now.And as for ageing and cosmetic surgery, I had a face-lift in 2004. If I didn’t like the way I looked, I’d just alter it anyway.I don’t want to look 25, I just don’t want to droop, so I would always deal with that.The only question I do sometimes ask myself is: ‘If I hadn’t had chronic insomnia for 40 years would I have achieved more?’ and the honest answer is, ‘I’m just not sure’.All I know is that I’ll always love acting and singing until the day I walk out on stage and realise that I’m ­embarrassing myself!

The original article is at:http://www.mirror.co.uk/lifestyle/health/toyah-willcox-on-her-battle-with-insomnia-1586599

For more information on acupuncture in Dublin see www.theacuzone.com

My acupuncture clinic is in: