Simon needs to talk to me!

I have a stop smoking package for €215 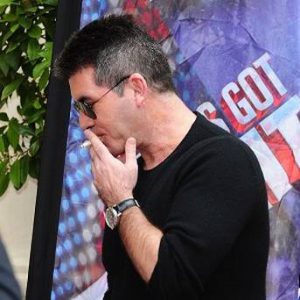 Simon Cowell is rumoured to be quitting smoking

Here is a extract from what I found on the internet about Simon and his quest to give up smoking:

The Britain’s Got Talent star – who has previously admitted he loves smoking and is rumoured to have “smoking minders” when he goes outside for his nicotine fix during TV talent show auditions – is trying to cut down using electronic cigarettes.

Fellow Britain’s Got Talent judge Amanda Holden told the Daily Mirror: “Simon does not smoke any more. He has got a vaporising cigarette instead. He smokes air, or rather water. It’s amazing.”

Electronic cigarettes work by inhaling nicotine, and at the same time sucking in water from the atmosphere and releasing vapour that looks like smoke.

Since smoking was banned the devices have become a huge hit in Los Angeles – where Simon has a home and is based for six months of the year – so that stars can continues to smoke indoors.

“I equate smoking with having a good time.

I can sympathise with Simon. I would have said the same five years ago. I quit smoking using acupuncture – he could too if he tried my stop smoking package.

. For more information on my stop smoking package see https://www.theacuzone.com/acupuncture-stop-smoking.htm

My acupuncture clinics are in: