This week I’m going to write on an acupuncture topic – acupuncture and moxibustion and how it helps to turn breech babies. 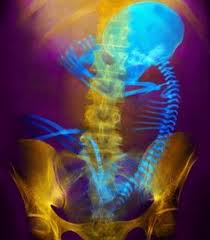 Moxibustion, a traditional Chinese medical practice that involves the warming of acupuncture points, has been shown as an effective treatment to turn breech babies.

Breech babies present with their bottoms down and their heads up. This presentation of babies is somewhat common in the second trimester of pregnancy, and while many babies will turn themselves at some point before the onset of labour, some do not. A baby positioned bottom first can have more difficulty being born, and a caesarean section is often recommended.

Moxibustion involves rolling the dried leaves of the mugwort plant into a cigar-shaped stick, which is then burned like a cigar. The moxibustion stick does not directly touch the skin at the acupuncture point, but is used to warm and stimulate the point.

According to an article in “The Journal of American Medicine” (JAMA) moxibustion is found to be effective in stimulating fetal movement and in correcting breech presentation.

Francesco Cardini, M.D., a private practice physician in Verona, Italy, and Huang Weixin, M.D., of the Jiangxi Women’s Hospital in Nanchang, China, found that 75 percent of fetuses in the group treated with moxibustion changed their position to the correct “head-first” position compared to 48 percent of the fetuses in the control group. The researchers found that there was more fetal activity on average for fetuses in the treatment group.

All 260 study participants from the outpatient department of two hospitals in Jiangxi Province, China, were pregnant for the first time and in the 33rd week of pregnancy. All participants had fetuses in the breech position, which was determined by ultrasound.

The primary acupuncture point used for the treatment of breech presentation is located on the outside corner of the nail of the little toe. This point connects with the uterus through an internal meridian (or pathway). The heat of moxibustion stimulates the baby to move and encourages it to turn. Treatment is most effective if started in the 33rd  or 34th week of pregnancy, but can be started as early as the 32nd week. Treatments are given once or twice a day for 15 to 20 minutes.

Many women report that after a few minutes of treatment they notice the baby beginning to kick and move. It often takes several hours for the baby to turn, and may take several days of treatment to be successful. Treatment is best done while the mother is lying down.

The link on my website for pregnancy and fertility related topics is https://www.theacuzone.com/acupuncture-infertility.htm